Founded in the 1880s, Arla has swiftly established itself as one of the most widely recognised brands on our supermarket shelves today. Originally formed as a coalition between dairy farmers from Denmark and Sweden, the aim of Arla remains the same as when it first began; to provide the best dairy products on the market.

Over the last few years, Arla Foods has grown exponentially in the UK and is now one of the leading UK dairy producers. Having previously invested more than £5.5m to improving the facilities at its National Distribution Centre and Dairy in Stourton, Leeds, the company have long demonstrated a dedicated commitment to continuing to succeed in and build the UK dairy industry, and indeed, show no signs of becoming complacent.

Sustainability and animal welfare are at the heart of this farmer-owned dairy cooperative. In line with their ethos, Arla’s National Distribution Centre in Leeds were eager to optimise their existing LED lighting, with a view to enhance conditions for their warehouse operatives and maximise energy savings. The company recognised that by switching to more efficient LEDs, they could reduce their impact on the environment while saving the company significant running and maintenance costs, which could be thoughtfully reinvested into other avenues.

Simon Lloyd, FM Manager at the Arla Leeds National Distribution Centre, and Paul Derbyshire, Excellence Manager in Maintenance and Utilities, were responsible for this standalone project and approached Dexeco with a very specific brief. Dexeco products incorporate cutting-edge LED technologies and bespoke sensor technology and are designed with specific applications in mind, enabling maximum possible energy savings from any given environment. Confident with the efficiency of the Dexeco fitting available, the estimated savings projected and the efficient turnaround time for installation, Arla chose Dextra to commence with the project.

The existing LED lighting in the warehouse was in poor condition and had deteriorated considerably. Despite replacing existing LEDs, an ROI of sub 3 years was required to show that both light levels and energy savings would be significantly improved with the new LED lighting. Due to the 24/7 operation and chilled environment, it was also vital that an efficient operation could be carried out, and that once the project had received approval, delivery would be prioritised and savings would be noticeable as soon as possible.

To achieve this, the Dexeco Verteco LED was used, primarily due to its exceptional efficiency and functionality. Aptly reflecting Arla’s dedication to quality, the precision-engineered Verteco is one of the most versatile, advanced and energy efficient high-level luminaires available. These exceptional LEDs are often used for warehouses and storage facilities and are particularly ideal for areas dealing with food production, as the absence of glass, mercury and phosphorous eliminates the risk of accidental glass contamination, and removes the need for expensive shatterproof lighting.

Able to adapt to a range of application-specific variables, the Verteco LED’s advanced sensor control is capable of achieving extraordinary energy savings. The integrated R14 sensors in this luminaire allow the site to tailor the settings of the PIR (passive infrared) sensors to best suit the needs of the warehouse operatives, thereby maximising energy savings at all times.

Opting for the Verteco LED enabled Dextra to reduce the overall number of fittings required for the chilled warehouse from 356 to 290 while increasing light levels significantly. All fittings supplied were manufactured with bespoke pre-wiring to decrease the installation time. This allowed both the desired savings to be made and the crucially swift turnaround to be achieved, ensuring the least disruption to Arla’s operations.

It was also noted that the warehouse had an existing emergency system featuring inefficient and outdated T8 batten style fittings. By moving to the Dexeco HSP LED self-test unit, the number of emergency fittings necessary were able to be reduced. Self-testing coupled with fewer units would allow the warehouse to substantially minimise the level of onsite maintenance required, further capitalising on these savings.

The project was an astonishing success, with Dexeco achieving a 300 lux average, which translates to an increase to the existing levels of over 100%. This, in turn, managed to produce annual energy savings for the company of more than £30k. The installation of R14 sensor control in every part of the project was fundamental to achieving such significant savings.

Ensuring optimal aftercare and maintenance, all new Dextra Group products were supplied with a 12-month warranty, which was further underwritten by Dexeco with an ‘enhanced’ 5-year warranty comprising all labour and parts for the first three years and free of charge components for the final two years. 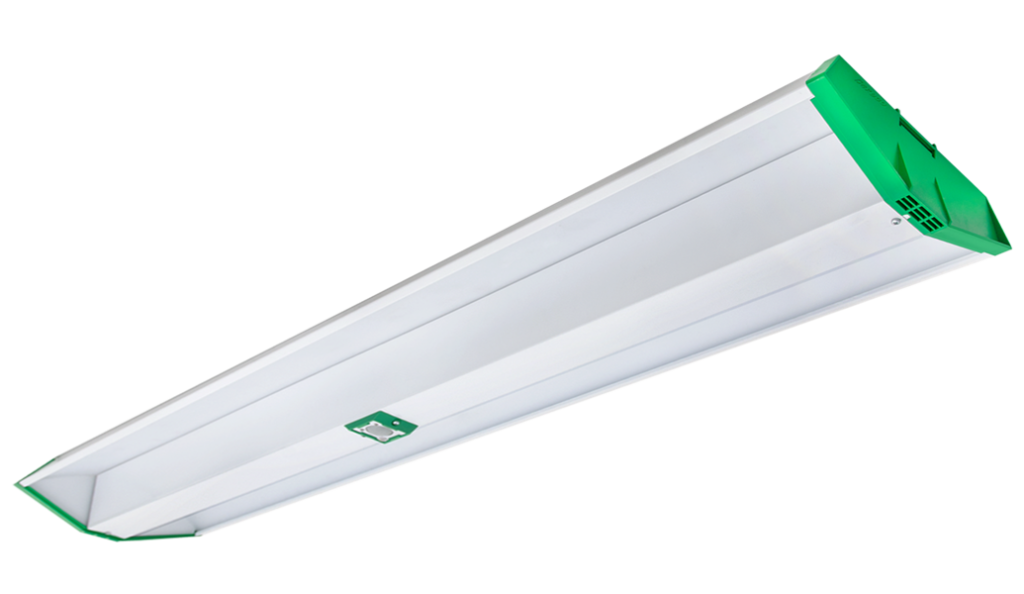 Overview: The Verteco allows us to offer all of the unique features found on the Verteco fluorescent combined with improved energy efficiency and low maintenance.