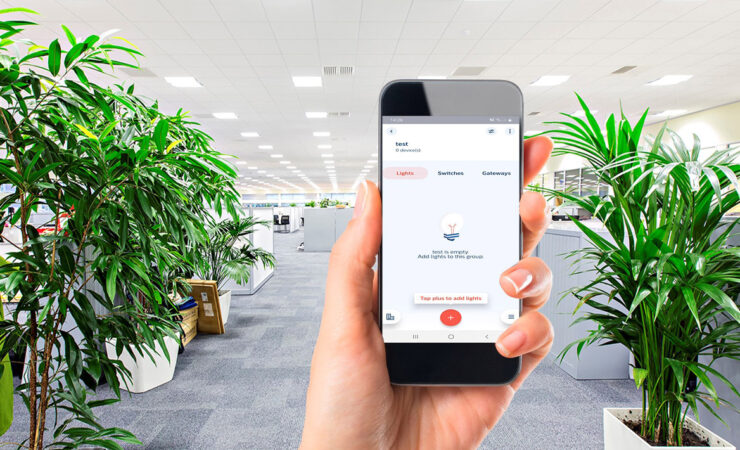 Wireless lighting has evolved substantially from the initial hype of several years ago where IoT promised that every device would be interlinked. The reality is that such integration requires a high level of cooperation between manufacturers and software developers as well as a clearly defined set of benefits to the consumer. The standardisation required would have been a substantial hurdle alone but likely would have been surmounted had there been clear demonstrable benefits in linking all electronic products. In reality, although there are some scenarios in which it would be desirable, the work required to integrate such systems outweighed the benefits and in the near future a fully interconnected workplace seems unlikely to occur. The last few years if anything has seen a move away from integration as the number of suppliers and competing wireless platforms have proliferated, with each developer seeking to develop features and functions that differentiate their product from the competition, these market forces have resulted in less standardisation and interoperation of systems moving a true IoT further away.

Despite this divergence, wireless technologies have in many respects come of age, developing into a matured product with a clear benefit to consumers and widespread market adoption, albeit in a more limited respect than the IoT originally promised. Wireless controls are now commonly used in a range of applications, from small installations requiring wireless dimming and switching through to large multisite installations requiring full monitoring systems. The clearest benefits are available to customers with large legacy installations where wireless allows the installation of fully addressable systems that allow grouped operation and central reporting of both mains failures and emergency testing without the need to modify on site wiring to accommodate a DALI BUS network, although such wireless systems are commonly also installed in new installations also given their flexibility and reduced cost without the need for peripheral devices that a traditional wired DALI system involves. By far and away the area of quickest adoption appears to be in the emergency sector where the payback from eliminating manual testing offers the quickest return on investment.

Over the coming years it is inevitable that one or two wireless platforms will become dominant and some of the competition will fall by the wayside. With fewer systems on the market integration with a range of devices beyond the lighting arena will become both practical and desirable, already wireless systems are often integrated with environmental quality sensors such as temperature and air quality. The development of the true IoT however is likely to be a long, slow and organic process with gradual integration of additional systems when it is desirable, practical and economically viable to do so.