In 2013, the Welsh Government approved £5million of funding towards the development of Tywyn hospital. The project involved constructing a new-build primary care centre and refurbishing an existing ward to integrate primary and community hospital services. The acting Health Board, Betsi Cadwaladr, stated that the new facilities will offer “vast improvements in patient dignity, privacy and comfort” [1] and include services such as palliative care, rehabilitation and assessment whilst taking patient transfers from other hospitals.

Upon the recommendation of appointed installers, Falconers Electricals Ltd. of Penrhyndeudraeth, Dextra Lighting were selected as partners for the project, to deliver a sophisticated LED solution for the brand-new care facilities, featuring precision-engineered luminaires, state-of-the-art emergency lighting and sensor controls. With lighting being recognised as a key factor affecting patient well-being and staff performance, Dextra Lighting designed and delivered a high-quality and safe visual environment for all occupants, whilst helping the NHS meet energy targets.

The NHS has long been aware of the impact of lighting conditions on the provision of high-quality health care and accommodation. A report commissioned by NHS Estate entitled “Lighting and colour for hospital design” [2] concluded that:

“The quality of the visual environment has a positive effect on the occupant’s feeling of well-being and in the case of hospitals and healthcare buildings this can affect staff performance and patient recovery…measures to maximise performance through improved [visual] environments will generally be cost-effective.”

The study, jointly conducted by the British Research Establishment (BRE) and

London Southbank University, refers to research showing the negative effects of harsh lighting to patients in critical care and light flickering (characteristic of fluorescent fixtures) to persons with neurological conditions, and explains how well-designed, low-glare lighting can, for example: improve development in neonatal wards, stabilise sleep patterns and benefit the elderly and partially sighted. A less clinical and softer approach to lighting has also shown to reduce anxiety in patients during examinations which avoids tests having to be retaken, whilst high-quality lighting also contributes to reassuring patients of the standard of service provided and ultimately gain their trust.

LED – “A substantial saving with one measure”

NHS specifiers aim to balance the quality of the visual environment with sobering budget realities. With LED luminaires now combining superior light quality and modern functionality with unparalleled energy efficiency and low-maintenance benefits, the NHS rightly observes that it can make “a substantial saving with just one measure” as:

The Health Board gave Dextra Lighting full responsibility to design the lighting using LED products exclusively. The new lighting needed to assist clinical, administrative and general housekeeping tasks by providing optimal lighting conditions in the wards, patient bedrooms, offices, stores, circulation, WC and plant areas, as well as outside the building. The installation was to conform fully to UGR, CIBSE and SLL Lighting Guide 2: Hospitals and Health Care Building (2008) standards to create a comfortable, safe and reassuring environment for patients, whilst boosting staff productivity. A digital auto-test emergency lighting system was also requested to accurately monitor, test and maintain each individual emergency luminaire according to stringent BS 5266 hospital safety regulations. Advanced sensor and dimming controls would also be supplied and commissioned to maximise energy savings and allow the lighting to be adjusted for medical tasks or patient recovery.

For the meeting, consultation and administration rooms, the versatile MODLED Slim was provided in both recessed (in both lay-in and pull-up installation modes) and suspended formats to integrate with the architectural design. This modular range of LED luminaires is available in lumen outputs ranging from 3500 to as high 15,200lm, across three body sizes, offering solutions for a variety of interior applications. A 3500lm version was installed in the offices and meeting rooms to meet BSEN 12464 glare requirements for areas where monitors are in use. With high-transmission diffusers offering 93% transmission and excellent diffusion, the highly-efficient Modled Slim balances comfort, glare-control and performance to revitalise working environments.

In the new-build rooms, a higher 4500lm version was used to achieve optimal lux levels and uniform coverage with wider luminaire spacings. This allowed installations to be designed using the least amount of luminaires; thereby lowering capital costs and energy consumption. The 4500lm variant with DSI dimming was selected for the treatment and GP consultation rooms to allow staff to easily switch from a higher task-focused light level to a more comfortable patient-friendly setting when required. The DSI controls also operate with an integral REAF 2 sensor, combining daylight regulation and presence detection, harvesting energy savings whilst seamlessly integrating with daylight entering from the windows.

The ultra-versatile Protec LED downlighter was used extensively throughout the building, with a total of 180 luminaires installed featuring a wide range of customisable options in corridors, wards, patient bedrooms, WC facilities, dining and waiting areas.

Hospital corridors connect patients and staff from one department to another around the clock. They also occupy a large proportion of a hospital’s total square metres. From a lighting perspective, these circulation areas present a high energy-saving potential which can be unlocked through the energy-efficiency benefits of LED and intelligent lighting controls.

By combining the use of the latest Lumileds LEDs with high-efficiency anodised aluminium reflectors, the Protec LED is an ideal choice for low-energy projects, offering LORs of over 90% for lumen outputs of up to 3000lm, whilst reducing the electrical load by at least 60% compared to fluorescent or HID equivalents. In the hospital’s corridors, 2000lm versions were provided with specular reflectors to achieve optimal lux levels and uniform distribution with spacings as wide as 2.4m.

in-house by Dexsor – Dextra Group’s lighting control specialists. Programmed to “Corridor Mode”, the lighting now reacts to staff and patient movements throughout the day; dimming to a minimum output level of 10%, for safety and guidance when occupants are outside the detection zone.

Together with the Amenity Decorative LED (AMED LED), the Protec LED helped create a comfortable sleeping area for patients. In the entrance to each private bedroom and the ward’s internal corridors, a Night Light dimming function allowed the Protec LED to switch to a 10% light output during the night to reassure patients and allow nurses to perform their routine checks without causing disturbance.

The 2000lm AMED LED bulkhead was fitted directly over each bed acting as main lighting. Decorative colour attachments were supplied with both these luminaires to help create a less clinical look; with the combination of the AMED’s opal diffuser and cool white 4000k LEDs producing a gentler and more intimate ambience. Out of a range of dimming options, Switch-Dimming was also provided to ensure optimum light levels for patients at all times. The AMED LED was also wall-mounted in the hospital’s stairwells, offering uniform and safe light coverage throughout.

For the ward’s WC facilities, the Protec LED was was delivered with a IP44 cover, which can be silicone sealed to IP65 for wet areas such as bathrooms; and a semi-specular reflector providing a narrower distribution suitable to smaller enclosed areas. The bedroom’s en-suite bathrooms on the other hand, featured the sturdy and efficient Amenity Plus bulkhead, offering IP65 protection and high LORs of 80% in lumen outputs of up to 2000lm. This practical and versatile luminaire is designed for both external and internal use and is available with a range of integral sensor, emergency and dimming options to tailor the luminaire to suit a diverse range of applications.

To give the waiting rooms more inviting and less intimidating hospital feel, the Protec LED was provided with attractive orange halo ring surrounding the luminaire in a colourful circular glow. Again, using 2000lm versions with specular reflectors, the desired light levels and uniform coverage were achieved using efficient spacings of over 2.4m with fewer fittings.

In addition to the integral emergency lighting functions integral of most LED products in this project, the standalone AME LED emergency bulkhead; the energy-saving LED3 emergency module; and the highly efficient and low-maintenance EXI LED for emergency exit signage, were strategically positioned across the entire hospital and in hard to reach areas, to provide maximum coverage. Complete with auto-test functions, these luminaires were then linked to a complex DALI monitoring system, supplied and commissioned by Dextra Group, which generates accurate reports of the entire network of emergency luminaries and is accessible from a centralised touch-screen interface. The system’s graphic map allows users to easily identify and locate faults such as: charging problems, lamp or LED failures and missing devices, to maintain the emergency lighting fully functional and up-to-date at all times.

Automatic testing can now be scheduled for an exact time and date during the year. A “function test” is required once monthly (lasting approximately between 10 – 20 seconds), and a “duration test” (3 hour) once yearly. As the hospital operates 24 hours a day and 365 days a year, Dextra Group engineers established these testing times for the middle of summer, at midday, to cause the least amount of disruption to service.

Overall, the advanced system allows emergency lighting to be constantly monitored, checked and maintained to BS BS 5266 safety standards with minimal inconvenience to patients and staff. In cases where the lighting cannot be managed internally, Dextra Group can also offer off-site monitoring and automatic emails of reports.

The Amenity Exterior LED was installed around the perimeter of the building in compliance to ULOR and SLL Lighting Guide 6: The Exterior environment requirements. The AMEX LED was supplied in a Black Eyelid body style which is designed to provide an attractive, contemporary look, as well as control excess light shining directly at approaching visitors. This Eyelid housing is available in both 800 lumen and 1600 lumen variants with an optimised card design to minimise light loss behind the cover. To economise on energy, photocell sensors and time clocks were also set to switch on the external lighting in the absence of daylight and/or at specific times during the day. The versatile AMEX LED range is available in three body styles, in either black, white or matt silver to suit both practical and aesthetic requirements. Manufactured in high-quality die-cast aluminium with injection-moulded polycarbonate diffusers, the durable, IP65 rated luminaire is

suitable for both external and internal applications. A comprehensive range of sensors, dimming and emergency options are also available with this product.

Other products used in this project include the robust, low-maintenance Hydra LED, sealed to IP65 for high-temperature plant areas; the efficient Graduate LED surface-mounted luminaire to combine practicality, IP65 protection and a less clinical aesthetic to staff areas. Finally, the attractive Blade T5 luminaire acted as decorative accent lighting in the corridors leading to the consultation and treatment rooms, as well as help balance light levels in compliance with Lighting Guide 7 (LG7) requirements.

All LED products featured in this project were offered with Dextra Group’s comprehensive 5-year warranty for additional peace of mind and excellent support beyond installation. 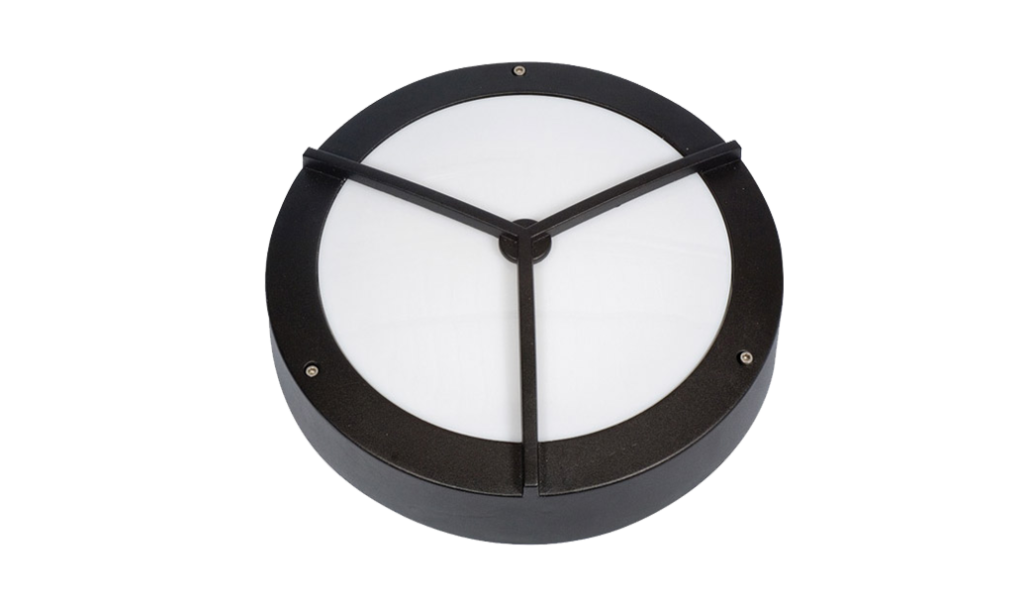 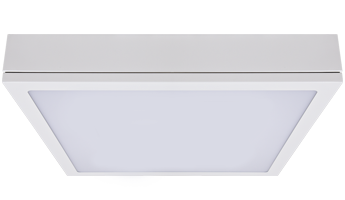 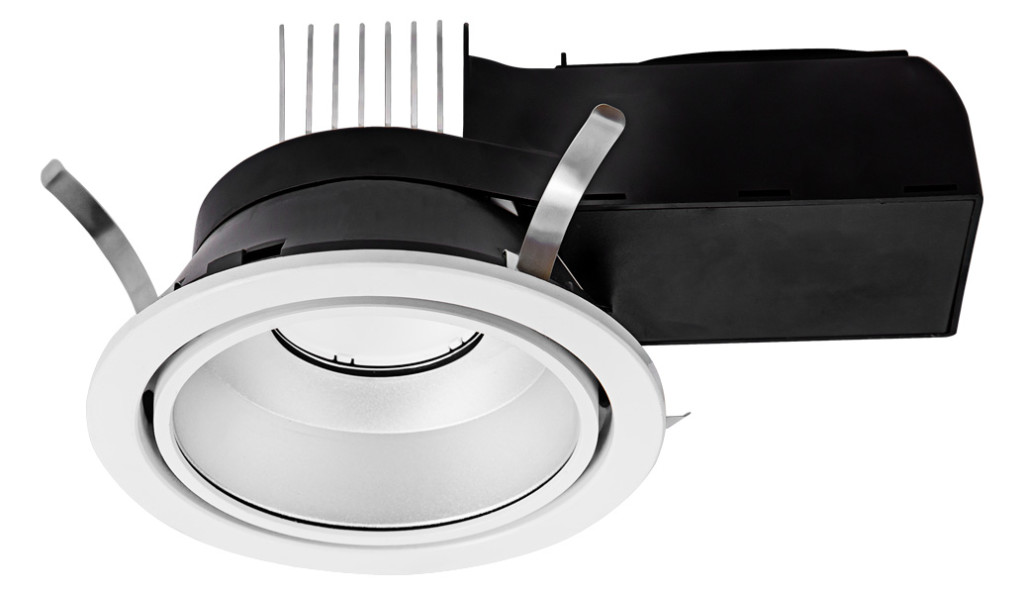 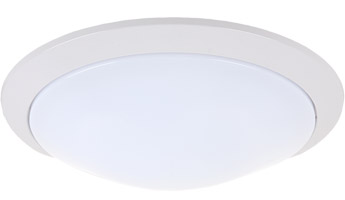 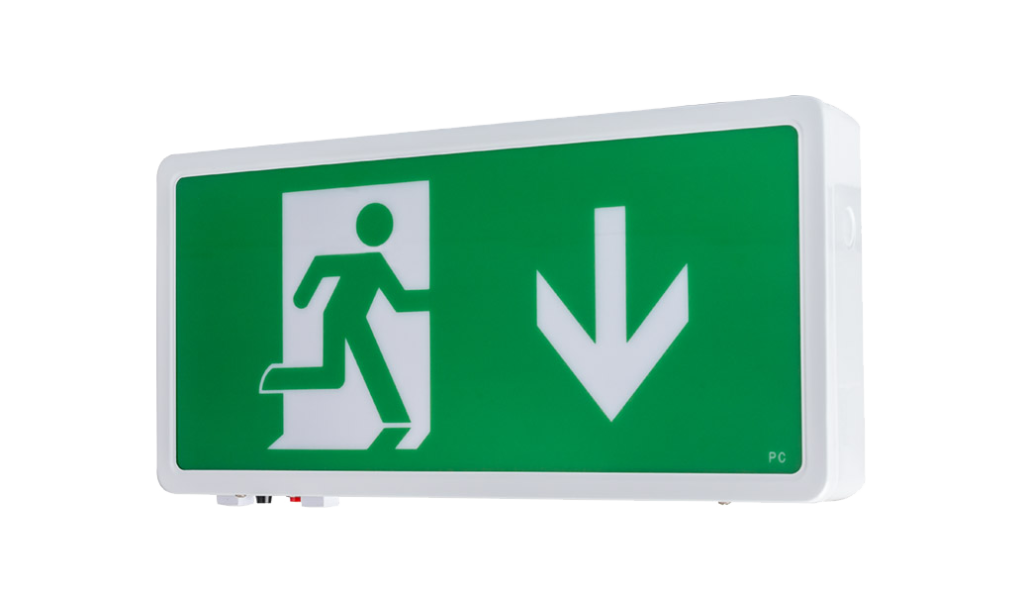 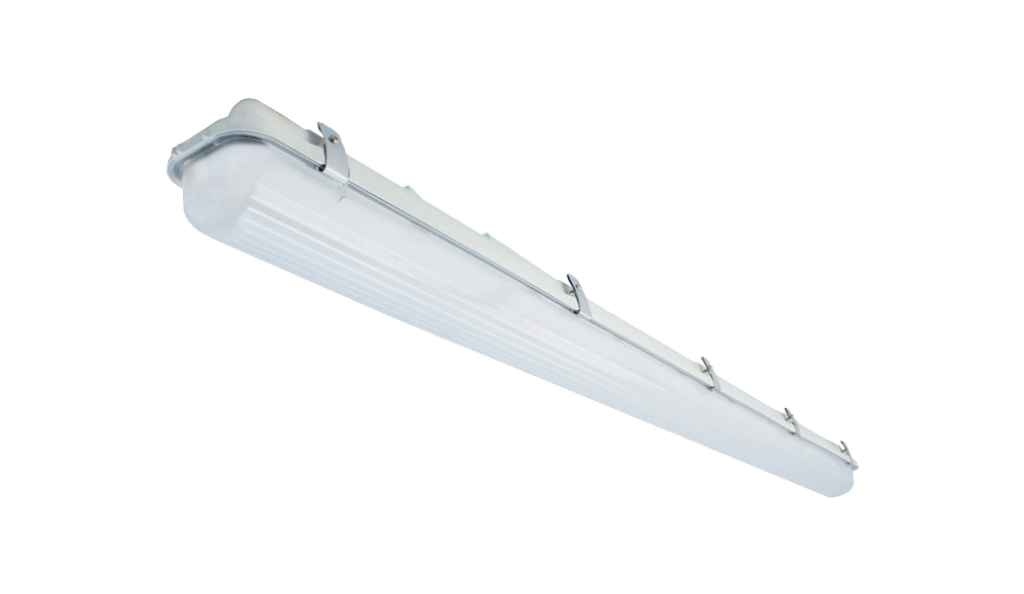 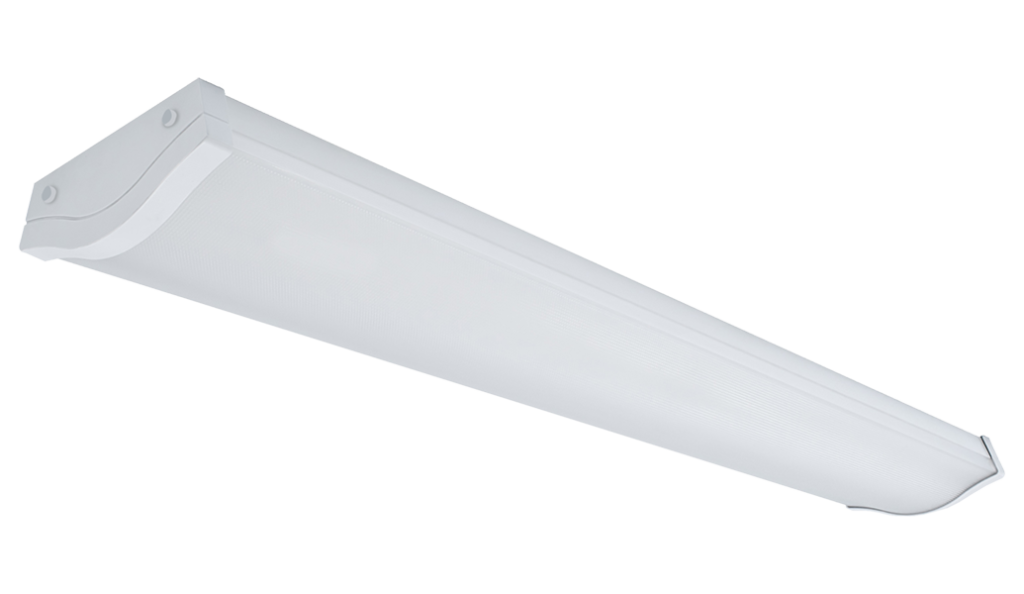