Gateshead is a thriving town in Tyne and Wear on the southern bank of the River Tyne opposite Newcastle upon Tyne.

Gateshead and Newcastle are joined by seven bridges across the Tyne, including the Gateshead Millennium Bridge. The town is known for its architecture, including the Sage Gateshead, the Angel of the North and the Baltic Centre for Contemporary Art.

The Gateshead Council run Civic Centre is used for a variety of community events including weddings, adult and social care sessions, music and entertainment and similar associated activities. As part of its overall environmental plan, the council has been looking at ways of saving on energy costs and also wanted to transform a dark and drab part of the members area at the centre. Here, the existing luminaires used were ‘U’ tubes which were both expensive to buy and maintain and very difficult to obtain when replacements were needed.

Working on this project were Derek Luke, Gordon Routledge with consultant John Wilkinson. The Dextra brands involved in the project were Dextra Lighting and LEDextra.

Chosen for its versatility and style in the communal areas, the RUBIX FLUSH takes the same RUBIX RECESSED optic design but without the surrounding halo offering a minimalist appearance that sits flush with the ceiling. The nine individual cells offer precise optical control allowing for spacing’s up to three by three meters whilst still maintaining 400 lux on the working plane at typical ceiling heights and also providing compliance with UGR 19 and the 3000 candela BSEN 12464 requirement.

The metal surround provided with the RUBIX range can be easily modified to suit a wide range of ceiling variants such as exposed T, concealed grid or unusual sizes such as 300mm x 300mm, 500mm x 500mm or 750mm x 750mm, this is combined with a wide range of lumen outputs and dimming and emergency variants.

For the Display Cases in the Members Area Communal Corridor, AluLED High Output 3000k was selected to highlight the trophies, awards and historic memorabilia. A high level of Illumination was required to replace the 5ft single battens that were installed previously.

AluLED is a compact and reliable solution to indirect lighting which utilises a simple plug and play system, with no requirement for any cutting, sticking or soldering that other indirect lighting may require. The size and simple installation makes the AluLED ideal for mounting in tight shadow gaps and under lips.

Also selected for its style was the MODLED CURVE which was used in the corridors at the Civic Centre. The MODLED CURVE brings a new dimension to Dextra’s popular MODLED range, offering the same benefits of low energy consumption and maintenance with a new and visually appealing curved diffuser which aids light distribution onto walls and ceiling to ensure the most attractive possible lit environment.

The MODLED Curve also provides compliance with the BSEN 12464 guidelines for glare control allowing its use in a wide range of applications where monitors are in use such as offices and schools.

In the centre’s offices, MODLED OFFICE was chosen for its efficiency, practicality and style. MODLED OFFICE was designed specifically for applications where monitors are used in areas such as offices and classrooms.

By using a central microprism optic with high transmission opal diffuser surround the MODLED Office is designed to comply with the latest BSEN 12464 glare requirements for both the 3000 candelas per metre squared limit above 65 degrees and UGR19.  Dextra has combined this glare control with high output LED sources ensuring that a 400 lux average can be achieved with spacings as large as three metres by three metres.  The MODLED Office therefore combines compliance with L2 and BSEN 12464 with optimum performance, allowing your installation to be designed with the minimum of luminaires, capital cost and energy consumption.

Also used on this project was the REACTA AIR SENSOR. The REACTA range of sensors are wireless systems that can both reduce installation time and cost as well as simultaneously implement a connected lighting control system offering everything from linked sensor control through to a full lighting management solution.

REACTA Wireless is available in a range of tiers, from a web based full lighting management and emergency testing system through to more simplistic linked sensor and wall switch operation.

In internal applications the REACTA AIR system offers an IP20 solution ideal for schools, hospitals, offices and universities amongst many others, whilst REACTA WAVE is suited to IP65 installations such as external, industrial, multi storey car parks and internal amenity applications such as corridors and stairways. As with REACTA LINK these systems offer simplicity and control, mobile based commissioning allows quick and user-friendly grouping of luminaires and wireless wall switches without incurring the expense to install DALI cabling, routers and power supplies or commissioning. 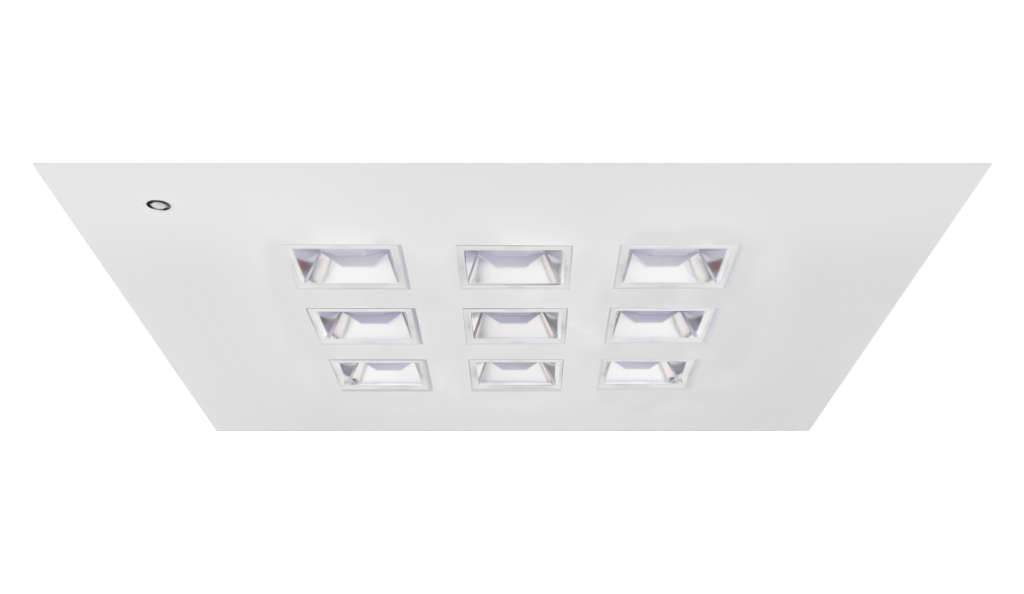 Overview: To compliment the Rubix Recessed we are pleased to announce the launch of the Rubix Flush, utilising the same Rubix optic design but without the surrounding halo offering a minimalist appearance that sits flush with the ceiling. 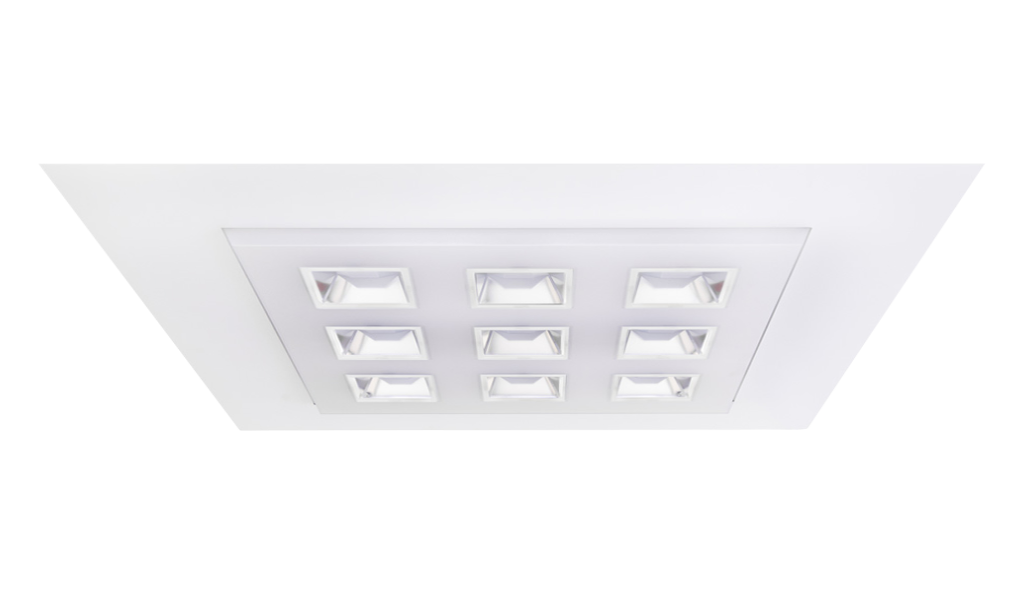 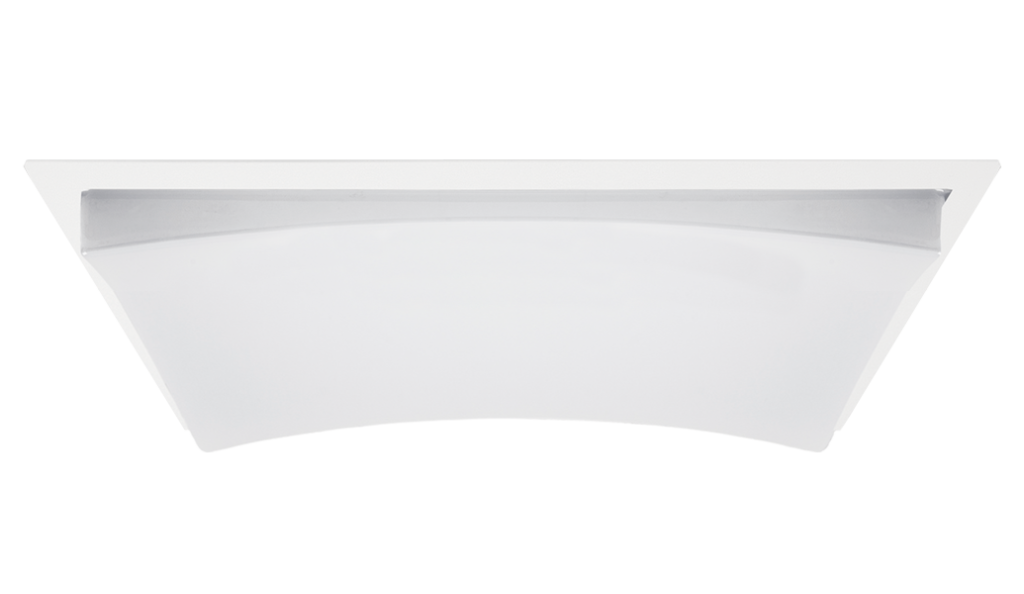 Overview: The MODLED Curve brings a new element to the MODLED range with a diffuser design aiding light distribution onto the ceiling and walls whilst maintaining glare control for office applications. 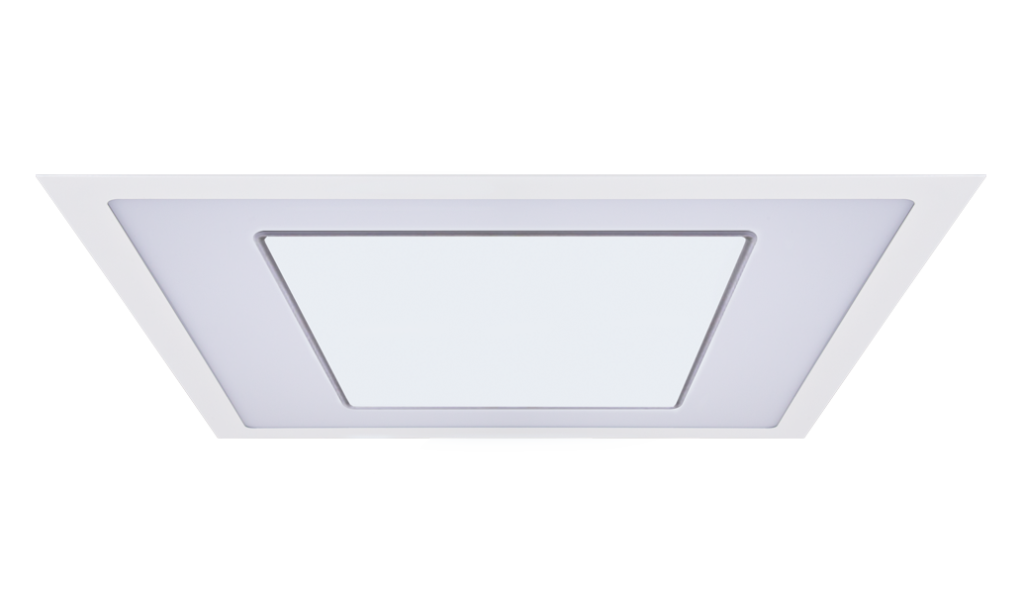 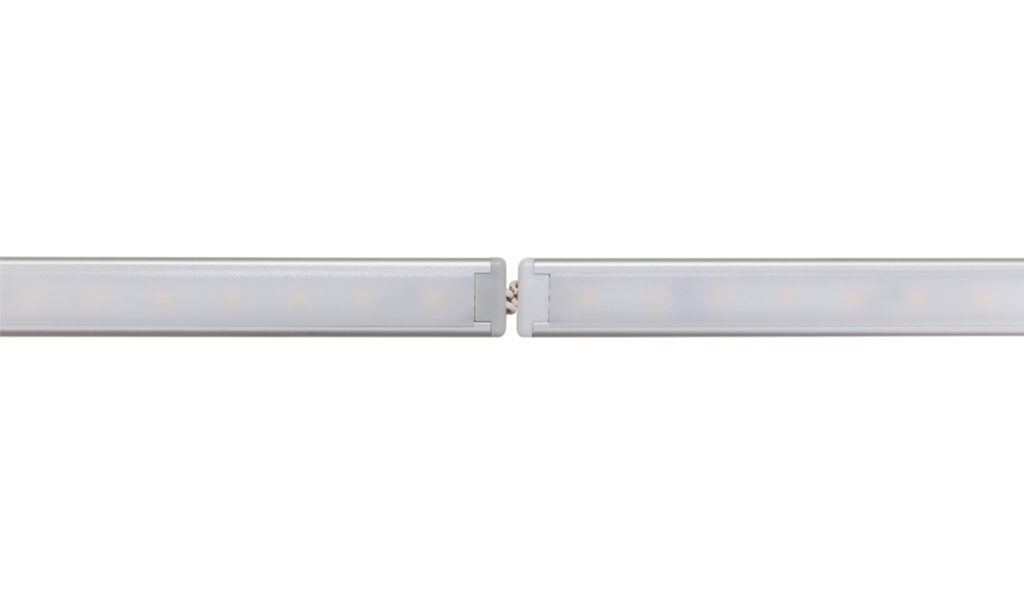 Overview: A compact and reliable solution to indirect lighting