Costigans is a former public house that has been transformed into a digital hub for entrepreneurs. Denbighshire County Council was awarded funding of £312,000 through the European Regional Development Fund and the Welsh Government and created the office accommodation at the semi-derelict building on Bodfor Street, Rhyl.

The new hub has accommodation for around 30 business start-ups in flexible accommodation with space to host events and a coffee shop on site. Costigans is owned by the council who refurbished the exterior after buying it following damage caused by a fire. The project forms part of the Vision for Rhyl document which aims to help create opportunities, bringing new business and footfall into the town centre.

Working with Denbighshire County Council and Fred Weston Electrical contractors as well as consultant/architect Carpenter Davies Partnership, Dextra helped the council deliver a modern edge to its new hub, supplying black products to fit in with the painted interior black features such as radiators and exposed beams, creating an old industrial look.

There was a total refurbishment of the building to create this new space which is being used to support entrepreneurship and business, creating the hub for existing and start-up small and micro businesses, encouraging them to set up or to use the town centre as their base. The building is now occupied by Town Sq.

To help meet the need for products to match the interior, 22 of Dextra’s Runway Surface/Suspended were provided in black also providing a single, bi-directional surface-mounted down light for the co-working area and coffee shop. These were installed in a random pattern, creating a ‘modern edge’ in an older building.

Similarly, to match the need for an industrial black look, 14 of Dextra’s Amenity Exterior Open luminaires were installed in the toilets, circulation areas, staircases and external walls. The Amenity Exterior Open is manufactured from die cast aluminium with injection moulded polycarbonate diffusers giving a strong and durable luminaire.

In the main kitchen, 6 Comtec LED Surface were supplied to provide a different look from a traditional surface mounted product, offering an effective down lighter with a suspension kit and Opal glass covers-all in black. An AME LED was also installed in the kitchen to meet IP rating requirements.

Offering an office compliant, suspended fitting, bi-directional luminaire, 16 Rubix Suspended were installed in the co-working areas and small offices alongside the Rubix Wall BD in black with a REAF7 6ALL sensor.

The Rubix Wall was used to complement the Rubix Bi-Directional in black was used around the perimeter of the office to give flexibility to the lighting options.

Elsewhere, 2 Runway Wall were used in the circulation area, as small wall mounted fittings at 600mm were required to have the same look as the main lighting. The Runway Wall compliments Dextra’s recessed and suspended Runway ranges to provide an architecturally attractive luminaire for wall mounting in a wide range of applications such as corridors, receptions and offices.

Dextra was also able to provide a surface mounted square arrangement in a black finish with a suspended bi-directional dimmable option in the event space in the building. The Runway Continuous Surface/Suspended was ideal for this. The luminaire, of which 22 were supplied for this purpose, is manufactured in slim line aluminium housing offering surface mounted and suspended options in either continuous runs or as individual luminaires.

The housing is available in three colour options, offering the versatility to be surface mounted or suspended in continuous runs combined with corner sections, a range of lengths and lumen outputs and optional bidirectional distribution ensures that you can create a layout that enhances any space creating an attractive environment for workers or enticing potential customers.

Dextra’s wall mounted Rubix Surface Linear was also chosen for the members kitchen to help enhance the low ceilings. This product utilises the same optic design as the recessed and suspended variants the Rubix surface offers glare compliance to BSEN12464 and UGR19 or below ensuring it can be used in applications such as offices and classrooms.

Also used for its IP rating in the switch room was the Hydra LED, while the EXI2 and HBE2 LED’s were installed on the exit routes. 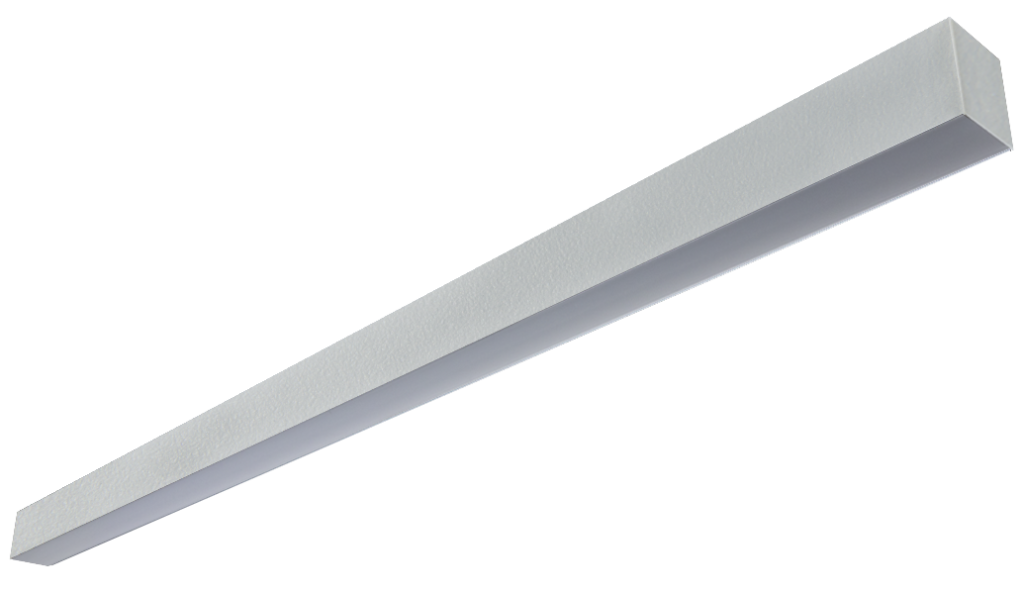 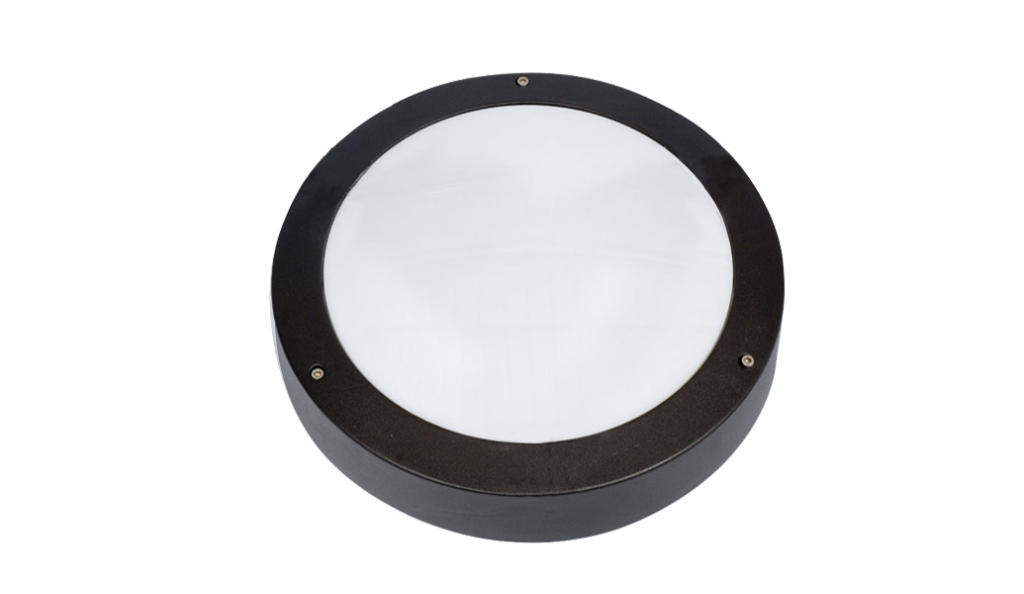 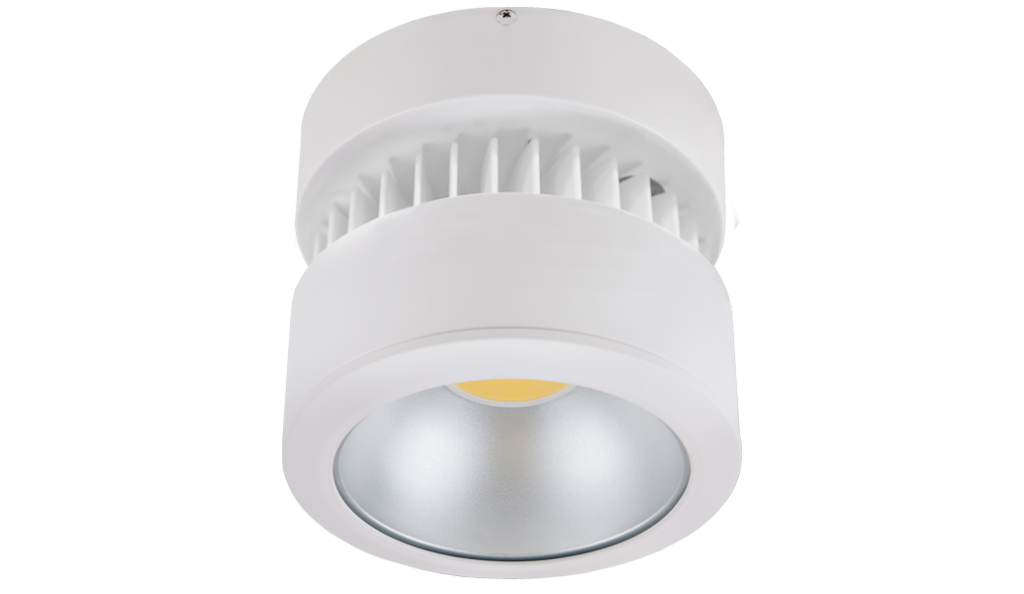 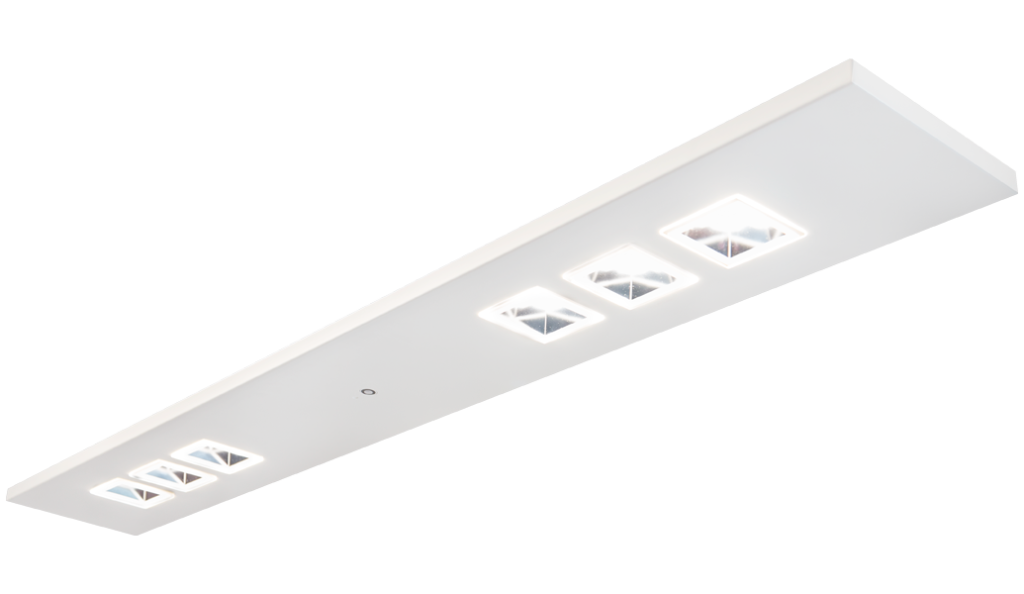 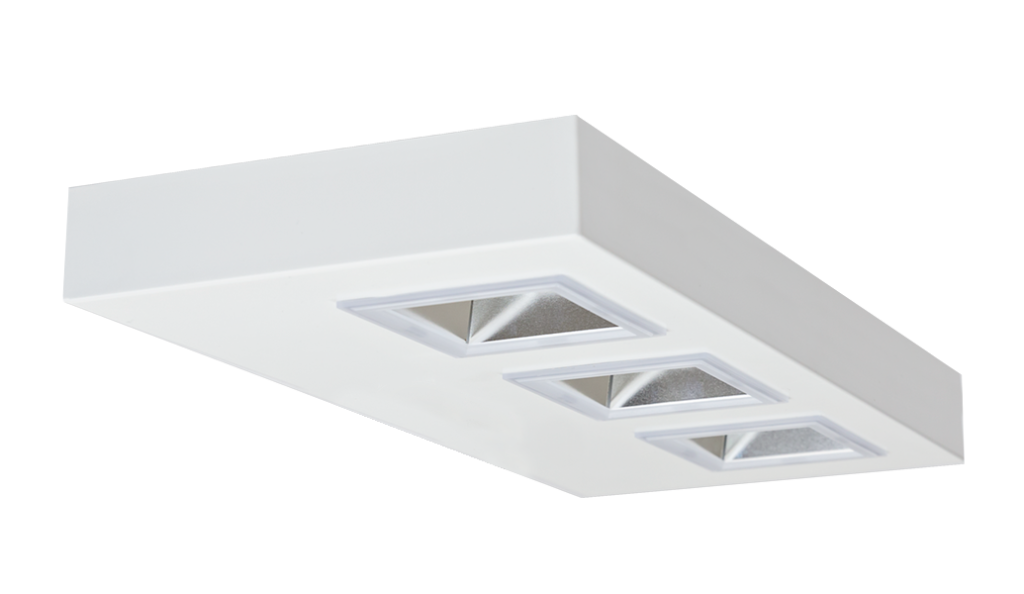 Overview: Complementing our Rubix recessed and suspended ranges, the Rubix Wall offers a visually similar solution for areas where ceiling installations are impractical. 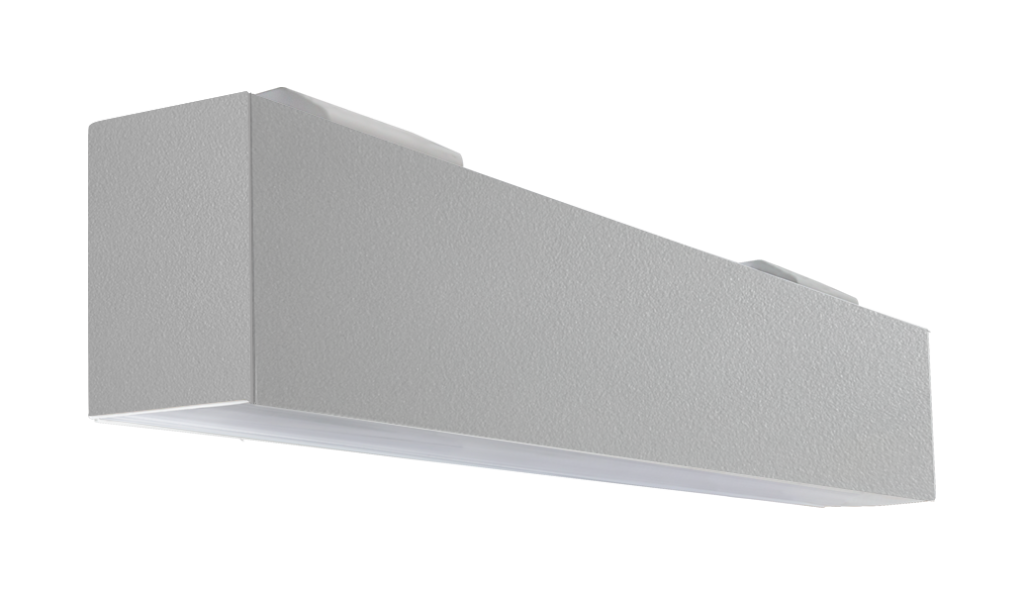 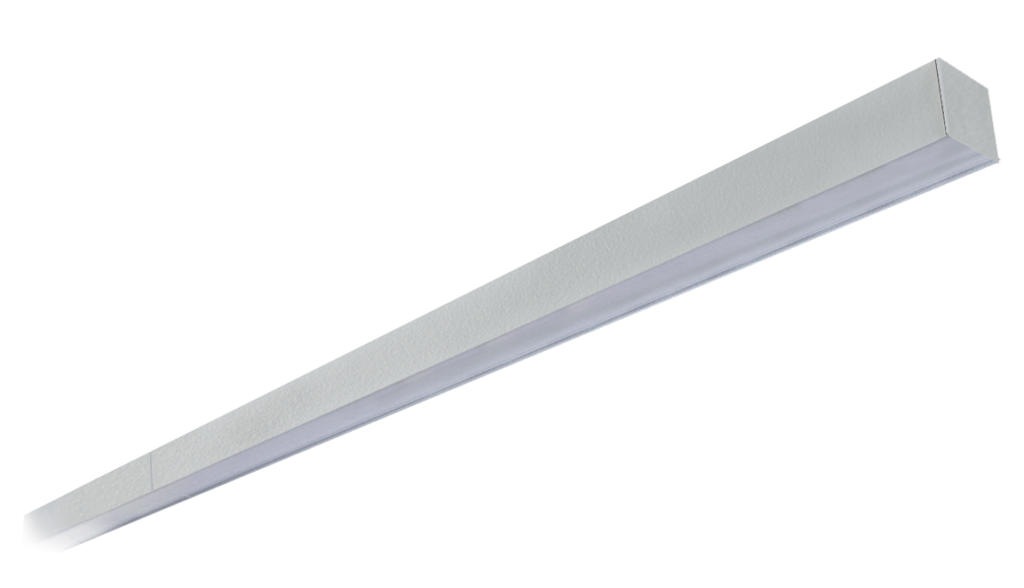 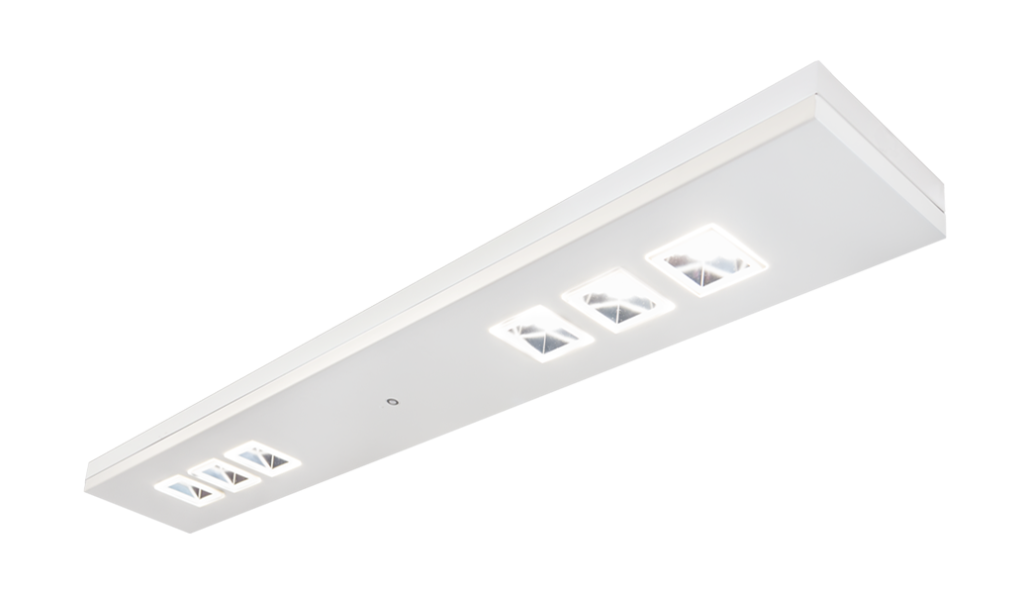 Overview: To further enhance the Rubix range, the Rubix Surface Linear is now available for both suspended installation and direct mounting to a wide range of ceiling types both solid and suspended. 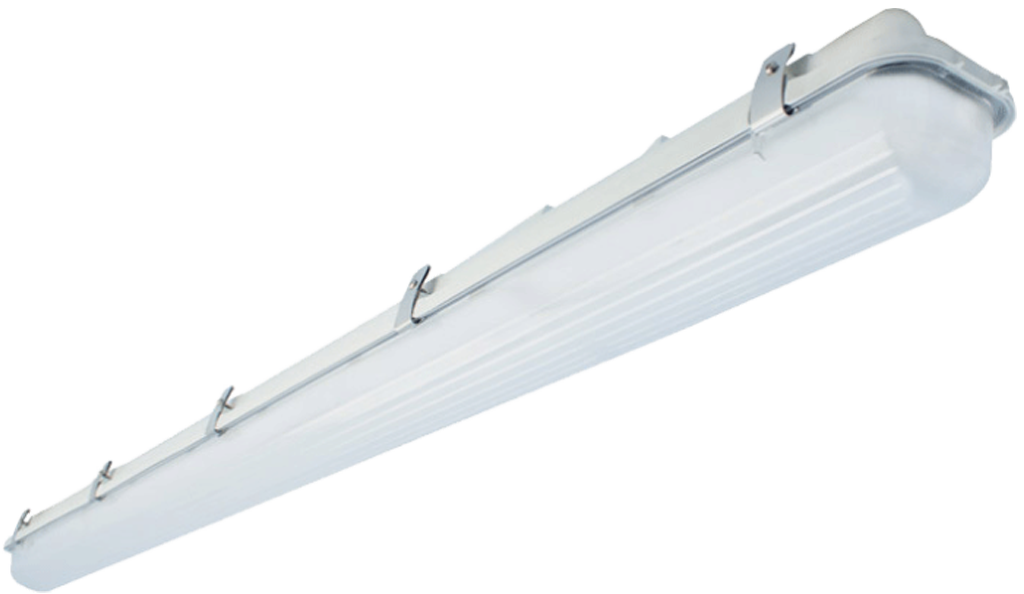 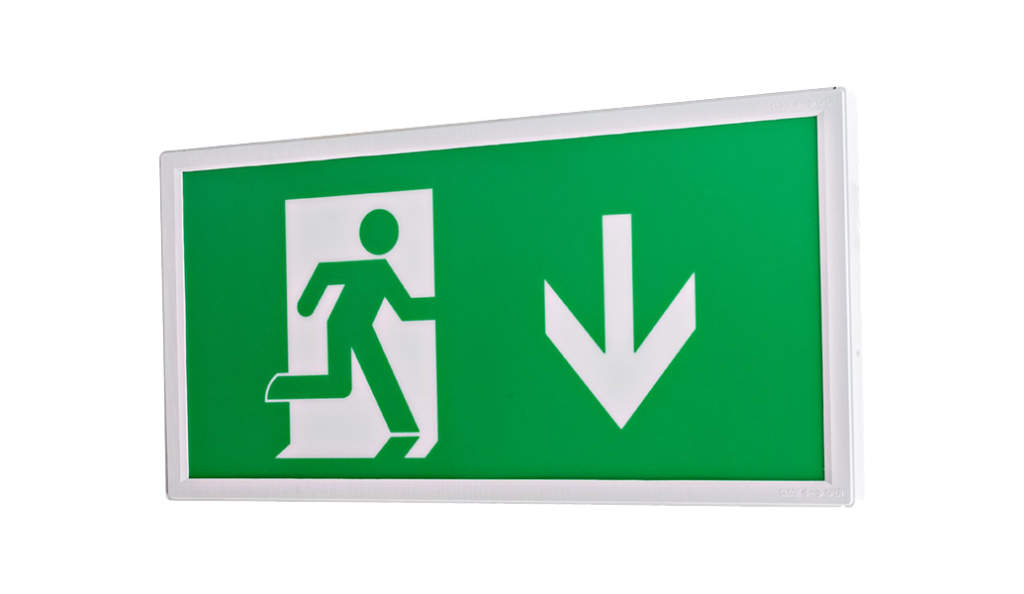 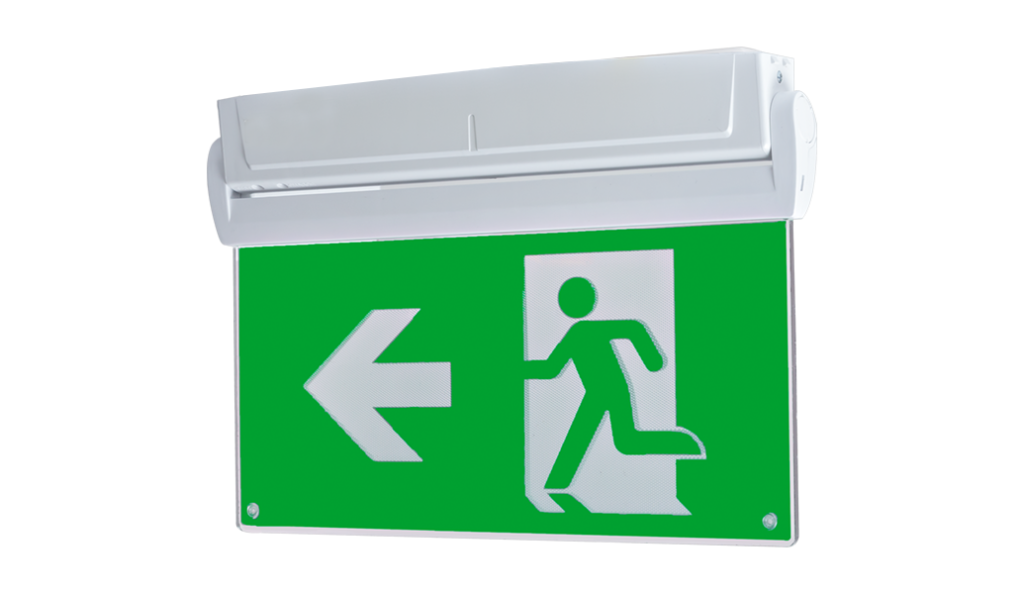